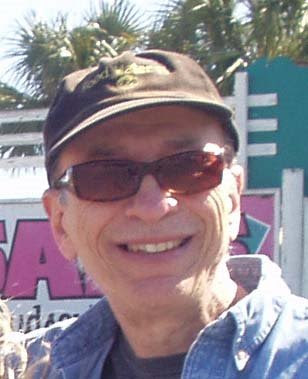 I’ll be 62 end of June which explains why I had to go to the local Social Security office the other day – three months before your birthday is when you’re supposed to sign up for SS benefits. Can you imagine? Whoduhthunkit? Little Ace Toscano, the kid who used to spend most of his time standing in the corner at North Dover Elementary School, in Dover, NJ, is about to go on the public dole.

Basically speaking, what it amounts to is a few more bucks in my pocket. I already have everything a guy could want – six pool cues, two nice Instroke cases, a loving wife, a daughter, friends, six pool cues (oh, I mentioned that), a new HP pc, a new Insignia TV, and a 2003 Hyundai to get around in.

Still, my visit to the SS office marks a milestone. To be honest, back when I was a kid, back in the 50’s and 60’s, I never gave much thought to one day reaching the ripe old age of 62. In fact, I would probably have bet against it. Yet, here I am.

And, I’m still relatively healthy. Getting around pretty good. And playing pretty decent pool. Fact is, and I’d appreciate it if you don’t spread this around, I’m still getting better. No, I’ll never be able to play like I could when I was a kid growing up in the pool room, but I’m a whole lot better than I was when I took the game up a few years back after not playing for some 38 years. And, believe it or not, I’m actually seeing the balls better than ever, especially the cue ball. It’s damn scary.

I don’t have any fantasies about going pro or even about winning our local open nine-ball tournaments. I compete in them every once in a while just for the hell of it. But, I compete pretty well on the bar scene. In the two bar leagues I was in, I battled for top individual point leader most of the year, captured it in one and came in second in the other. And both teams I was on won league championships. And I have to be one of the favorites in any bar tournament I get in.

Hey, I might as well enjoy myself while I can – who knows what’s waiting around the corner?
Posted by Ace Toscano at 10:53 AM

Congrats, Ace. I'm sure you've got many, many more to come. Here's hoping that as the years go by your game continues to get better and you continue to live with the love of your family and friends.