A Visit from The Dutch Boy

“Dutch Boy Tommy” Nederland, my old road partner, stopped by the other day. Just seeing him brought back memories of hundreds of pool room adventures and misadventures we shared. The day he showed up, we shot the shit till the wee hours.

Generally speaking, Miss Helen isn’t happy when my old pool playing friends stop by. Not so with Tommy. Tommy’s funny, plus he can be very polite when he wants to be. Miss Helen appreciates that. And, he always leaves us with something we can talk and speculate about for years to come. Like last time he showed up, he had a Russian girl with him. In our private conversations, we always refer to her as the “mail-order bride.” Not that she was – we never did find out how he came up with her – but that’s what we called her. Her most telling feature was her obsession with toilet paper. Tommy showed us the backseat of his Lincoln – it was crammed full of toilet tissue, every brand under the sun. Maybe, she was going to file a report with those assholes at the KGB. Who knows?

This time there was no Russian. His little chickadee was a beautiful young gal he found in the wilds of western Montana near Libby. He really hit the jackpot this time. It’s no wonder we haven’t seen him for a while. This girl has no strange obsessions though there does seem to be a mystery surrounding her name. He introduced her to us as Cora Beth, but a couple times we heard him refer to her as Kari. We didn’t question him about it – we just let it slide. Miss Helen formed a quick attachment to Cora Beth and they’ve been swapping emails ever since. I think they’re even planning a get-together up in Libby somewhere down the line. She so much as told Tommy that if he trades her in for another model, Russian, Chinese, whatever, he best not bother stopping by our hacienda next time he’s in the neighborhood. I think she meant it.

Of course, we did play some pool. He was dead set on playing me some one-hole. That’s why we wound up playing a couple cheap $50 sets of nineball. I beat him for a quick hundred and he moaned about not getting a chance to get square but the girls called us on the cell saying they were ready to get picked up at the mall. So, that was that.

Before they left, we took Cora Beth and Tommy out to the Outback Steak House in Port Richey for dinner. It was the perfect ending to a nice day. Especially since I paid for the whole thing with my winnings and still had twenty bucks left. Life is good.

Here are some pics we took that day: 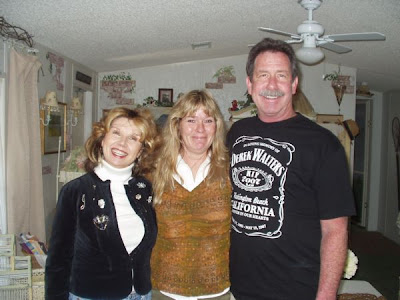 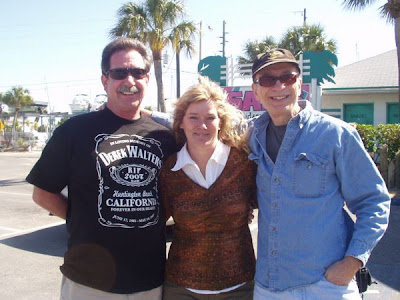 Tommy, Kari and Me at Hudson Beach 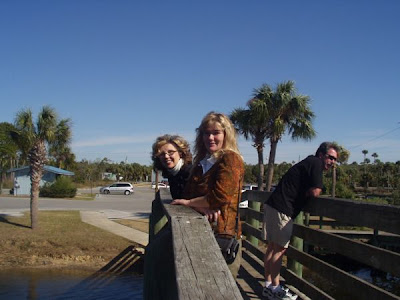 The Girls and Tommy on the Gulf 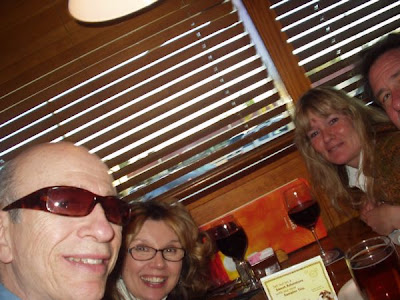 Shooting One-handed at the Outback 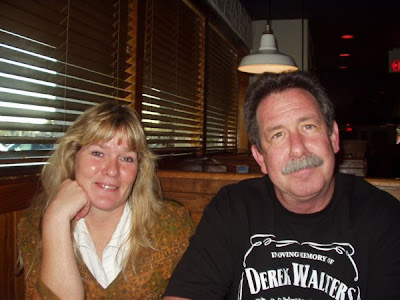 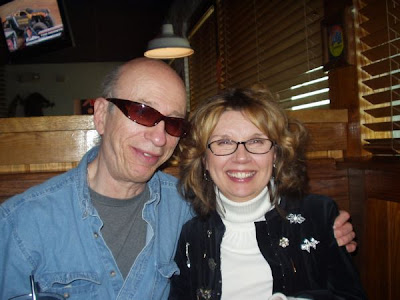