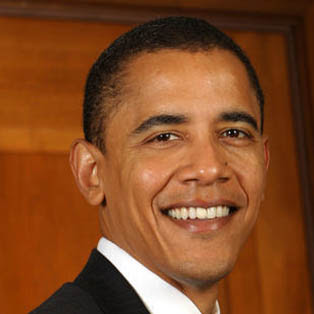 So, I’m sitting at the bar, last night, waiting for the tournament to start when this woman and her boyfriend, both in their forties if I had to guess, take position a couple stools to my right (to my left if I had been facing the bar, but I was swiveled around facing the pool tables). Without so much as an introduction, she asks me how old I am. I say “62” and she immediately hands me a well-worn sheet of 8 1/2 x 11 paper. I explained that I didn’t have my reading glasses on, so she told me to fold the paper up and put it in my pocket which I did.

Well, within a few minutes I had occasion to extract from my cue case a pair of reading glasses I keep there for pool related business and while I had them out I decided to peruse the aforementioned sheet of paper. A quick scan revealed it to be a litany of anti-Obama-health-care rhetoric of the same kind I’ve been getting in email from acquaintances still groaning about the election.

Frankly, I didn’t vote for Barack Obama for my own reasons, but he won, he’s the president, now, and I wish him well. I’m not going to dedicate my life to badmouthing him like so many others are prone to do. Hell, I’ve got friends in New Jersey who still, 9 years after he left office, forward anti Bill Clinton garbage to me. Some people.

Anyway, I hand the paper back to the woman and mumble an insincere word of thanks hoping that would be the end of it. It wasn’t.

“Did you read it all?” she asked skeptically.

“What do you think?” she continued.

“I think whoever wrote that doesn’t like Obama very much.”

Then she jumped up on her high horse telling me that all of the 99 or so listed items had been taken directly from Obama’s health plan, blah blah blah. I told her “It’s a bunch of crap.”

It soon became apparent that her interest in the health care issue had nothing to do with her love for her fellow man because she called me a “mother f___er” and verbalized that she couldn’t wait till I expire. I tried to ignore her, but she directed one too many “f” bombs in my direction. “Listen, mother f___er,” I say to her, “you’re the one who approached me, asking me how old I was and giving me this sheet of paper. It’s a bunch of crap and I’m not f___ing interested.”

By now, her boyfriend, realizing this was not going to turn into a sixties-style love fest, decided they might find a more sympathetic audience at the opposite end of the bar and coaxed her into moving. Thank God.

I had been within a hair of leaving the Hay Loft and skipping the tournament just to get away from that idiot, but I decided not to since I actually look forward to the Friday night get-together with my friends. As it turned out, we didn’t have enough players for the tournament anyway and the evening ended early. Guess we can blame that on Obama.

P.S. To keep track of the misinformation about Obama's health care program, check out the Truth-O-Meter at PolitiFact.com.
Posted by Ace Toscano at 3:29 AM

Snort! Ha. Funny post. Hey Ace, and I see from your previous post that you're somewhat frustrated with link exchanges. In the spirit of peace and goodwill I've already linked your VERY EXCELLENT site to my pool history blog. You can find it here: http://untoldstoriesbilliardshistory.blogspot.com/

And keep up the good work. Your posts are great.

Very good my man! I can see you Don't need me! Show them the picture of your farwell party from the "Hoops"!

I still have the picture, but I don't have a scanner. Maybe, someday...