We were kids together, Billy Johnson and me. We drank beer, chased girls, laughed and joked, sported around town - we had fun. 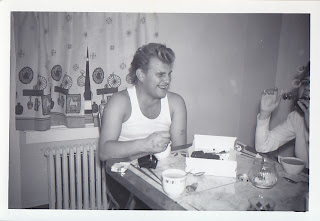 We grew up, but we stayed in touch. We fished, we bowled, we shot a little bar pool up at Hunky Hall.

One time we were out in a boat up in Lake Hopatcong, drifting with live bait, herring, when I hooked into a good one. It was one of those fish that you don't realize you have on the line until you start reeling in. When it got close to the boat, we both saw that it was a huge rainbow trout. Billy grabbed the landing net and got ready to net the fish, but as soon as it saw the boat it turned and ran and snapped my line. Over the years, whenever I recalled that day, I would tell Billy it was his fault I lost the fish. He'd swear at me, but I'd claim that he had deliberately sabotaged my attempt at making angling history. Of course, eventually, I'd reluctantly admit that it was my fault the line had snapped because I had the drag set too tight. A fact I'd conveniently forget the next time I brought the subject up. I like to kid him like that and make him laugh. 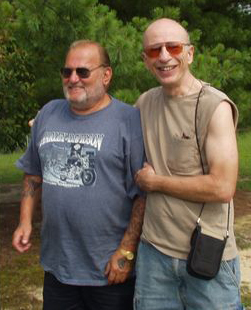 But, seriously, when it came to being a friend, he was one in a million. Whenever I moved, I called Billy. Yeah, he used to work for a mover but that didn't obligate him to supervise all my moves. Still, he never said no, never complained that his back was sore, never made any excuses, he just showed up.

One time, we were in pretty desperate straits without a place to live. Billy took us in. He didn't have a lot of room, not with him, his wife and kids already sharing a small apartment, but that didn't matter. He gave us shelter.


Billy left us last week. Cancer. It was much too soon. He deserved more time on earth. More time with his family, his friends, with me.

I set up a Giving Page with the Memorial Sloan-Kettering Cancer Center in his Memory.
Posted by Ace Toscano at 3:10 PM

I really liked your story. It was heart touching. Friends are the most important things in life. Loosing them is like loosing a part of your soul. I am glad to know about your friend.