August 18, 2011 - Once again DJ's Family Billiards remembered those of it's extended pool family who had passed away by hosting the second annual Memorial 9-Ball Tournament. Attendance of the event was once again high and people came from far and wide to honor their brethren.

Honored this year were Tommy Moses, Albert Ossana, New York Jimmy, Bob May, Cathy Gaynor, Greek Charlie, John Hall and Tommy Hill, all special to their friends and family and to all in attendance because they were so much a part of the DJ's scene.

Pros were encouraged to stay away this year, not because we don't enjoy their company, but because the idea of people with no knowledge of the honorees swooping in for a crack at the $200-added seemed contrary to the spirit of the occasion. Consensus is that things worked out better this way.

Taking first place was Billy Moses. Also, finishing in the top 3 were locals Phil and Monty. A total of eight places were paid out.

To fatten up this post I'll relate one somewhat amusing and controversial incident that was reported to me. It occurred during a match between Jim Oddy and Bobby Jones. After scratching, it seems Jim commented to Bobby, "That's the second time in a row I scratched in that very same pocket." Bobby then proceeded to 3-foul Oddy for the game and match with Jim complaining, "You were supposed to tell me I had two on me." Bobby's rebuttal, "You told yourself." Though, technically, Jim might have had a point. This wasn't combat, it was friends getting together to remember other friends. So, Bobby prevailed. I must interject here that Mr. Oddy, known intimately by legions of friends and fans on the gulf coast as "The Jazz Man," disputes the version of events I reported and called into question my journalistic acumen and integrity, which is somewhat astounding considering my stellar reputation in the world of journalism. He was only slightly miffed that I had misspelled his name and eagerly supplied me with the correct version. He also requested that I not mention him in my pool blog anymore which I take to mean any more than the once every six or seven years that is my current rate of mentioning him. Damn! And I was just getting ready to publish "The Day Oddy Was Crowned King." Now, I'll have to write something else?

The following pictures were taken by Charley Kutz who, by the way, finished one out of the money. 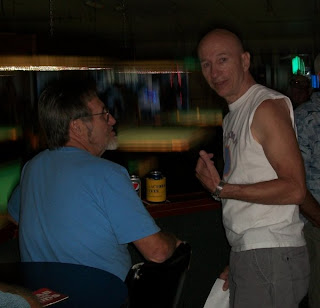 That's me on the right chatting with Bill Jones, Sr. 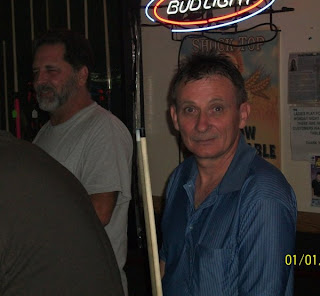 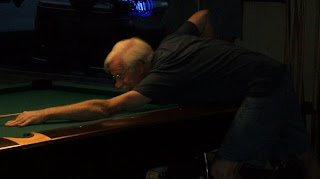 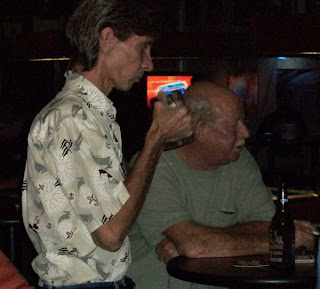 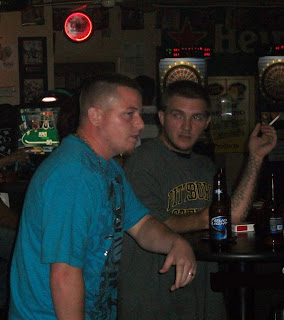 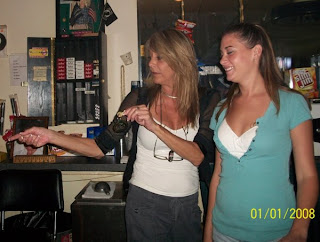 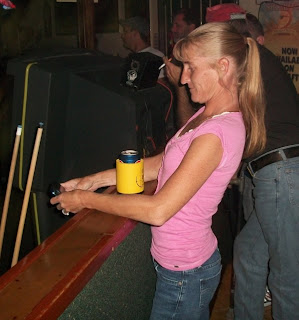 One of many spectators 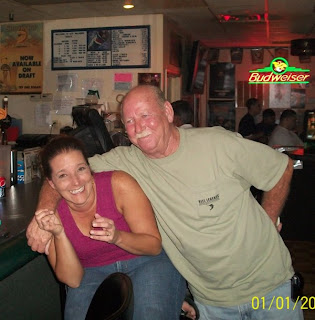 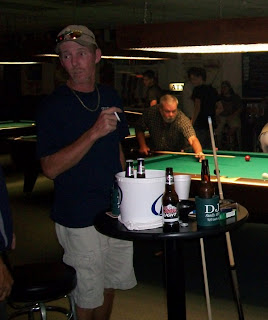 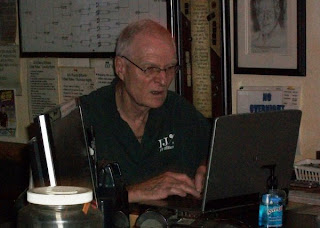 Williams wrassle-ing with the computer 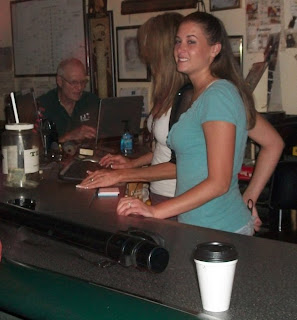 The tournament was cosponsored by AcesWebWorld.com
Posted by Ace Toscano at 11:37 AM

My pool family here in Nashville has lost 3 members just this summer. It would be nice to have something like this as a group memorial. Best wishes, Michelle