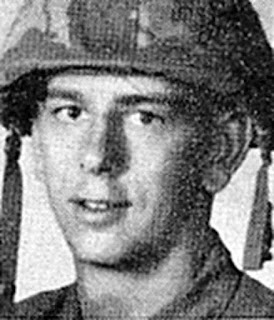 He lived in a township 20 miles southwest of Dover, NJ, the town I grew up in, and for the longest time I knew him only by name – Mickey DeMatteo. A weight lifter, wrestler, and high school football player, he was widely known as a tough guy. Though I can’t recall his face, exactly (it’s been more than 40 years), I do remember the first time I met him. I was standing outside Teasdale’s poolroom when he approached.
“Hey, you’re Ace, aren’t you?” he said.
“Yeah,” I replied.
“Thought so. I saw you play once. You’re good.” Then he added, “I’m Mickey DeMatteo.”
“Lookin’ for someone to play?” I asked.
“No thanks,” he answered. “You’re way too good for me.”
He was a solid dude, but not as fierce looking as I had imagined. We stood there together for several minutes, watching traffic and spitting on the sidewalk, before he spoke again.
“Ever try to spit like this?” he asked. I watched as he opened his mouth, curled back his tongue, and flexed his chin. Out, from under his tongue, squirted two little streams of water. “See that?”
“Yeah.”
“Come closer,” he beckoned. He wanted me to look into his mouth.
“No way!” I said. I wasn’t an idiot.
“I won’t gob on you,” he said. “Swear to God.”
So I moved closer. He wanted me to see these two little holes that were in the watery area under his tongue. I did.
“That’s where it comes out. Watch.” Squirt, squirt. “See? Neat, eh?”
“Yeah,” I admitted. I was somewhat awestruck, not because he was shooting saliva out of those two little holes, but, rather, because here he was in the flesh, Mickey DeMatteo, mythical tough guy, talking to me as if we’d been best friends forever.
I never saw or spoke to Mickey again after that day, but I never forgot the lesson he taught me about the unreliability of preconceptions. I was saddened when a few years later I learned of his death. He’s remembered on The Wall by his proper name – Mario Frank DeMatteo. Look up his name for me next time you visit DC.
Posted by Ace Toscano at 12:41 PM